Alvin Davis Talks About His Mom 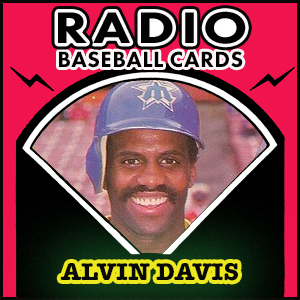 Alvin Glenn Davis was a first baseman/DH who played for the Seattle Mariners and the California Angels.

Davis played college baseball at Arizona State and broke into the Majors with the Mariners in 1984 and remained there until 1992 when he played one season for the Angels before retiring. He was the 1984 winner of the American League Rookie of the Year Award, he also an All-Star in his season debut.

Though Davis’ statistics are by no means mind-blowing, he was well-known by Mariners fans and held just about every offensive team record for quite a few years. He burst onto the major league scene in 1984, homering in his first two big-league games and collecting three doubles in his third. He won his team’s MVP award that season and was named American League Rookie of the Year after posting .284, 27HRs, 116 RBI. Davis, who was nicknamed “Mr. Mariner”, was inducted into the Seattle Mariners Hall of Fame in 1997.[1]