Darrell Evans on His Mom 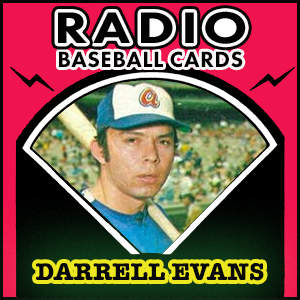 Darrell Evans, possibly the most underrated player in the history of baseball, shares thoughts about his mother.

Darrell Evans is a former third and first baseman in who played from 1969 to 1989 with the Atlanta Braves (1969-76, 1989), San Francisco Giants (1976-83) and Detroit Tigers (1984-88). Overshadowed in his prime by fellow National League third baseman Mike Schmidt, he has been described by author Bill James as the most underrated player in baseball history, primarily because his defensive skill, home run power, and ability to draw walks in a long career were offset by a low career batting average of .248.

Evans became the first player to hit 40 home runs in both leagues, and at 38 became the oldest player ever to lead the league in home runs. Evans hit over 20 home runs in 10 different seasons and drew over 100 walks 5 times, with a career high 126 in 1974. In 1988, he hit his 400th home run, becoming the 22nd player to reach that milestone. He retired after having joined Reggie Jackson in becoming only the second player to hit 100 home runs with three different teams, and ranking in 11th place among all-time walks leaders. Evans hit 60 home runs in his 40s, a major league record. He later served as a coach with the New York Yankees in 1990.

A two-time All-Star (1973 and 1983), Evans was selected as the third baseman on the 1973 Sporting News National League All-Star team. He won the 1983 Willie Mac Award for his spirit and leadership.

Evans gained unusual attention when he stated in 1984 that he and his wife had witnessed a UFO in 1982 at their home in Pleasanton, California.