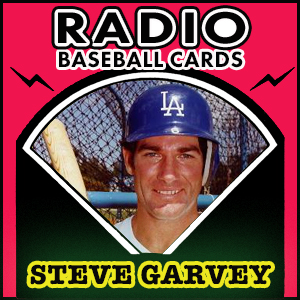 In 1985, first baseman Steven Patrick Garvey (born December 22, 1948) established a Major League Baseball record for most consecutive errorless games by an infielder. This record stood until April 2, 2008, when it was bested by Kevin Youkilis.

Garvey played football and baseball at Michigan State University. Garvey played his entire career in the National League West for two teams; the Los Angeles Dodgers (1969-82) and the San Diego Padres (1983-87). He batted right and threw right. In a 19-year career, Garvey was a .294 hitter with 272 home runs and 1308 RBI in 2332 games played. Garvey was part of the longest starting infield to play together with Ron Cey, Bill Russell and Davey Lopes.

Garvey is one of only two players to have started an All-Star Game as a write-in vote, doing so in 1974.

Garvey set a National League record with 1207 consecutive games played, from September 3, 1975, to July 29, 1983. The streak ended when he broke his thumb in a collision at home plate against the Atlanta Braves.

In 1981, at a point in his career when it looked like he would one day rank among the game’s all-time greats, Lawrence Ritter and Donald Honig included him in their book The 100 Greatest Baseball Players of All Time.

On his first trip to Los Angeles as a Padre, he took out a full-page newspaper ad thanking fans for their past support.

Garvey’s jersey #6, worn when he was both a Padre and Dodger is retired by the Padres. His number 6 was displayed at the site of his 1984 NLCS home run in right field at Qualcomm Stadium.

Since 1988, he has been running Garvey Communications, mainly involved in television production, including infomercials. He is also the host of Baseball’s Greatest Games. In addition he is hired out to do motivational speaking, mainly for corporations.