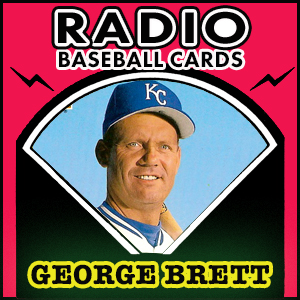 George Howard Brett (born May 15, 1953 in Glen Dale, West Virginia), a third baseman, was the youngest of four sons of a sports-minded family which included his oldest brother Ken, a major-league pitcher who had pitched in the World Series in 1967 at 19 years old. Brothers John and Bobby had brief careers in the minor leagues. Although George was born in the Northern Panhandle of West Virginia, the Brett family moved to the Midwest and later to El Segundo, a suburb of Los Angeles, just south of Los Angeles International Airport. George grew up hoping to follow in the footsteps of his three older brothers. He graduated from El Segundo High School in 1971 and was drafted by the Kansas City Royals in the second round (29th overall) of the 1971 baseball draft. His high school teammate was pitcher Scott McGregor.

His 3,154 career hits are the most by any third baseman in major league history, and 15th all-time. Baseball historian Bill James regards him as the second-best third baseman of all time, trailing only his contemporary, Mike Schmidt. Brett was elected to the Hall of Fame in 1999, with what was then the fourth-highest voting percentage in baseball history (98.2%), trailing only Tom Seaver, Nolan Ryan, and Ty Cobb. In 2007, Cal Ripken Jr. passed Brett with 98.5% of the vote. His voting percentage was higher than all-time outfielders Babe Ruth, Hank Aaron, Willie Mays, Stan Musial, Ted Williams, and Joe DiMaggio. That same year, he ranked Number 55 on The Sporting News' list of the 100 Greatest Baseball Players, and was nominated as a finalist for the Major League Baseball All-Century Team. Brett is one of four players in MLB history to accumulate 3,000 hits, 300 home runs, and a career .300 batting average (the others are Stan Musial, Willie Mays, and Hank Aaron). Most indicative of his hitting style, Brett is sixth on the career doubles list, with 665 (trailing Tris Speaker, Pete Rose, Stan Musial, Ty Cobb, and Craig Biggio). Combining his superior hitting skill with his great defensive ability and team focus (and humility), George Brett is arguably one of the most complete baseball players of all time.

Following the end of his baseball career, Brett became a vice president of the Royals and has worked as a part-time coach, as a special instructor in spring training, filling in as the batting coach, and as a minor league instructor dispatched to help prospects develop. In 1998, an investor group headed by Brett and his older brother, Bobby, made an unsuccessful bid to purchase the Kansas City Royals. He also runs a baseball equipment company, Brett Bros., with Bobby and, until his death, Ken Brett. He has also lent his name to a restaurant on the Country Club Plaza.

In 1992, Brett married the former Leslie Davenport and they currently reside in the Kansas City suburb of Mission Hills, KS. The couple has three children: Jackson (named after the ballplayer's father), Dylan, and Robin (named for fellow Hall of Famer Robin Yount of the Milwaukee Brewers). 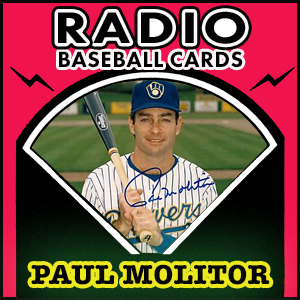 Paul Molitor One of Many Hometown All-Stars

Radio Baseball Cards
Paul Molitor One of Many Hometown All-Stars

Despite playing most of his 21 year career with Milwaukee, Hall of Famer Paul Molitor's favorite All-Star game memory was in his home town of Minneapolis/St. Paul. Few major leaguers come from that area, but for this All-Star game, Paul remembers how three local heroes shined.